ITLA would like to personally congratulate Ned Balzer on his retirement from the College of the Liberal Arts! Ned started with the college in 2005 has been a key component to ITLA’s success and a bright presence on campus for the last sixteen years.

During his tenure, Ned worked on many of the custom administrative applications used throughout the college. This includes the new Academic Integrity application. This application is now used by seven of the colleges at Penn State University Park; Penn State Erie, The Behrend College; Penn State Great Valley School of Graduate Professional Studies; and all of the campuses of the University College.

Outside of this application, Ned has had many contributions that have been key to the success and growth of the college. These include:

Ned also worked on applications that furthered the college’s research mission. One notable application was for a sustainable database for scans and landmarks of mice for the Richtsmeier Lab in the Department of Anthropology. His hard work and diligence will have a lasting impact on not only the college but the University as a whole.

Outside of Ned’s work for ITLA, he was also heavily involved with the college community. Ned served as the co-chair for the operations committee for the College of the Liberal Arts Sustainability initiative and won the Staff Sustainability Award in 2019. He was also a large proponent of the Centre County ‘Bike to Work’ initiative. His commitment to sustainability has had a positive impact on everyone in the community.

ITLA wishes Ned the best in all his future endeavors! 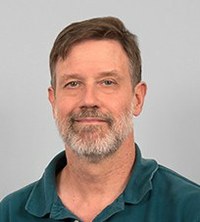